This has been my weapon of choice now the last 6 months, but i’ve never written up a full review for it. I ended up with my new Fitbit because the old one broke, not quite sure what happened but during an update on the software it totally bricked itself and wouldn’t turn on anymore. Fortunately, this ended up being quite timely as it was just within its warranty so i didn’t have to kick off with anyone. To be honest, though Fitbit are that good they would probably have sorted it for me anyway.

So the design is very similar to the original HR range, but the display is nice and you can alter the style of the display within the settings on the app if you want.

Screen is big, much bigger than you might expect, and there are some funky clock settings to change the style which makes it more personable than other models.

The strap isn’t anything to shout about, a very standard watch strap, but there are other designs available that you can look at to give it a bit more personality.

The sleep readings on the new generation FitBit’s seems to go into a lot more depth than previous in a good way. It can now identify Deep sleep and REM by your movement through the night. I’ve found at times this has helped me with working out when although I’ve been in bed I’ve still had a bad nights sleep because it hasn’t been quality.

Next up is the ability for it to pick up on types of exercise is well improved against the previous HR. It has the ability to pick up on running, walking and never seems to skip a beat in that. Great for me when I leave the house and forgot to set this.

Having interchangeable straps is a great feature and adds some personality to these devices. They work very much like the Alta straps.

The notification system that ties in with my iPhone has been sketchy, to say the least, I’ve had to get this back up and running on multiple occasions.

That’s it, everything else has been great quality with this model in the FitBit range. These things are great, end of. I don’t wear it all the time, I will take a few days off from time to time. FitBit

If you can see the benefits of a fitness tracker, but you’re not looking for the top end product then these are a great midrange product. I love mine and it’s never let me down. I’ve even put it through the wash and it still works.

I’m sure soon enough the FitBit Charge HR 3 will be out, but until then this is my go to fitness tracker.

How to increase testosterone levels in older men

How to train for Rugby

7 Things To Learn From Bodybuilders

This site uses Akismet to reduce spam. Learn how your comment data is processed. 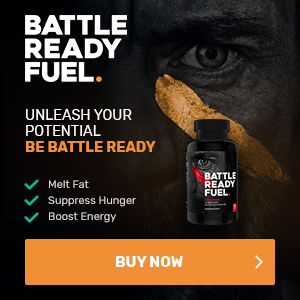